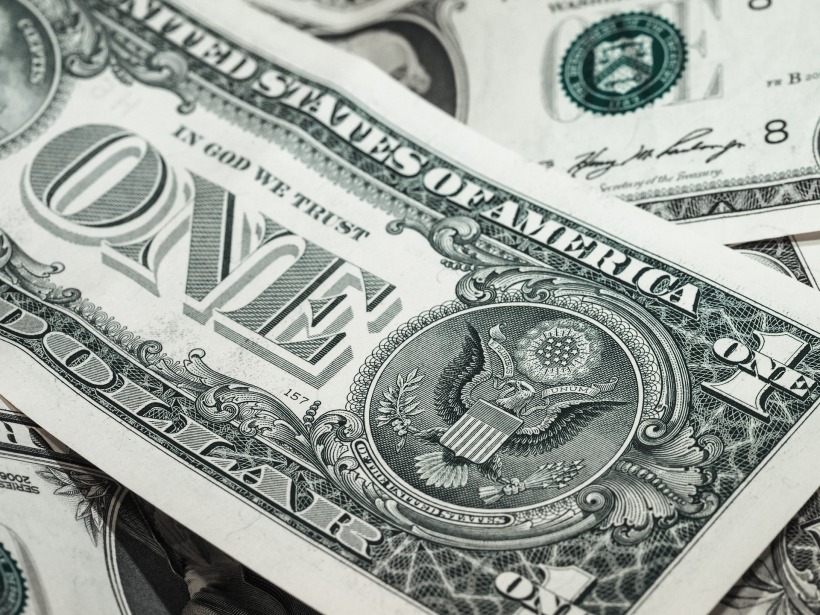 “Use your own funds and ideas to create, share, and promote God’s wonderful information with others and don’t be so cheap about it.”  ~ Jon Barnes

Whenever I want to do something for myself, I am all in with all of my resources for practice, preparation, participation, purpose, and perseverance. How much more should I be into connecting with God and His agenda?  It is my personal responsibility to find Him out and focus on the things that I need to learn, know, share, and do.  The buck starts and stops with me. Right?

Too many of us buck the system and try to play God as a cheapskate, incompetent god, who will allow us to be superior as if we are really the smart ones.  We make up our own gods and idols all of the time to satisfy our own personal itch.  No so fast.  Your money, intelligence, and thoughts are like a 2-year-old in comparison to a 40-year-old.

Mankind has disobeyed God’s instructions and commandments since the beginning of time and I’m surprised at the level of love He has for us.  We should have been destroyed long ago, but God’s Mercy and Grace have provided salvation through Jesus Christ as the only best solution to atone for our inherent wickedness and evil.  Funnel your funds, time, and energy into God’s plan to help the lost, disobedient, and hopeless.
Today’s Question
Are you willing to fund, sacrifice, and give to the work in the Word of God?
Enjoy The Reading

18 Hezekiah son of Ahaz began to rule over Judah in the third year of King Hoshea’s reign in Israel. 2 He was twenty-five years old when he became king, and he reigned in Jerusalem twenty-nine years. His mother was Abijah,[a] the daughter of Zechariah. 3 He did what was pleasing in the Lord’s sight, just as his ancestor David had done. 4 He removed the pagan shrines, smashed the sacred pillars, and cut down the Asherah poles. He broke up the bronze serpent that Moses had made, because the people of Israel had been offering sacrifices to it. The bronze serpent was called Nehushtan.[b]
5 Hezekiah trusted in the Lord, the God of Israel. There was no one like him among all the kings of Judah, either before or after his time. 6 He remained faithful to the Lord in everything, and he carefully obeyed all the commands the Lord had given Moses. 7 So the Lord was with him, and Hezekiah was successful in everything he did. He revolted against the king of Assyria and refused to pay him tribute. 8 He also conquered the Philistines as far distant as Gaza and its territory, from their smallest outpost to their largest walled city.
9 During the fourth year of Hezekiah’s reign, which was the seventh year of King Hoshea’s reign in Israel, King Shalmaneser of Assyria attacked the city of Samaria and began a siege against it. 10 Three years later, during the sixth year of King Hezekiah’s reign and the ninth year of King Hoshea’s reign in Israel, Samaria fell.11 At that time the king of Assyria exiled the Israelites to Assyria and placed them in colonies in Halah, along the banks of the Habor River in Gozan, and in the cities of the Medes. 12 For they refused to listen to the Lord their God and obey him. Instead, they violated his covenant—all the laws that Moses the Lord’s servant had commanded them to obey.

13 In the fourteenth year of King Hezekiah’s reign,[c] King Sennacherib of Assyria came to attack the fortified towns of Judah and conquered them. 14 King Hezekiah sent this message to the king of Assyria at Lachish: “I have done wrong. I will pay whatever tribute money you demand if you will only withdraw.” The king of Assyria then demanded a settlement of more than eleven tons of silver and one ton of gold.[d] 15 To gather this amount, King Hezekiah used all the silver stored in the Temple of the Lord and in the palace treasury. 16 Hezekiah even stripped the gold from the doors of the Lord’s Temple and from the doorposts he had overlaid with gold, and he gave it all to the Assyrian king.
17 Nevertheless, the king of Assyria sent his commander in chief, his field commander, and his chief of staff[e] from Lachish with a huge army to confront King Hezekiah in Jerusalem. The Assyrians took up a position beside the aqueduct that feeds water into the upper pool, near the road leading to the field where cloth is washed.[f] 18 They summoned King Hezekiah, but the king sent these officials to meet with them: Eliakim son of Hilkiah, the palace administrator; Shebna the court secretary; and Joah son of Asaph, the royal historian.

19 Then the Assyrian king’s chief of staff told them to give this message to Hezekiah:
“This is what the great king of Assyria says: What are you trusting in that makes you so confident? 20 Do you think that mere words can substitute for military skill and strength? Who are you counting on, that you have rebelled against me?21 On Egypt? If you lean on Egypt, it will be like a reed that splinters beneath your weight and pierces your hand. Pharaoh, the king of Egypt, is completely unreliable!
22 “But perhaps you will say to me, ‘We are trusting in the Lord our God!’ But isn’t he the one who was insulted by Hezekiah? Didn’t Hezekiah tear down his shrines and altars and make everyone in Judah and Jerusalem worship only at the altar here in Jerusalem?
23 “I’ll tell you what! Strike a bargain with my master, the king of Assyria. I will give you 2,000 horses if you can find that many men to ride on them! 24 With your tiny army, how can you think of challenging even the weakest contingent of my master’s troops, even with the help of Egypt’s chariots and charioteers?25 What’s more, do you think we have invaded your land without the Lord’s direction? The Lord himself told us, ‘Attack this land and destroy it!’”
26 Then Eliakim son of Hilkiah, Shebna, and Joah said to the Assyrian chief of staff, “Please speak to us in Aramaic, for we understand it well. Don’t speak in Hebrew,[g] for the people on the wall will hear.”
27 But Sennacherib’s chief of staff replied, “Do you think my master sent this message only to you and your master? He wants all the people to hear it, for when we put this city under siege, they will suffer along with you. They will be so hungry and thirsty that they will eat their own dung and drink their own urine.”
28 Then the chief of staff stood and shouted in Hebrew to the people on the wall, “Listen to this message from the great king of Assyria! 29 This is what the king says: Don’t let Hezekiah deceive you. He will never be able to rescue you from my power. 30 Don’t let him fool you into trusting in the Lord by saying, ‘The Lord will surely rescue us. This city will never fall into the hands of the Assyrian king!’
31 “Don’t listen to Hezekiah! These are the terms the king of Assyria is offering: Make peace with me—open the gates and come out. Then each of you can continue eating from your own grapevine and fig tree and drinking from your own well. 32 Then I will arrange to take you to another land like this one—a land of grain and new wine, bread and vineyards, olive groves and honey. Choose life instead of death!
“Don’t listen to Hezekiah when he tries to mislead you by saying, ‘The Lord will rescue us!’ 33 Have the gods of any other nations ever saved their people from the king of Assyria? 34 What happened to the gods of Hamath and Arpad? And what about the gods of Sepharvaim, Hena, and Ivvah? Did any god rescue Samaria from my power? 35 What god of any nation has ever been able to save its people from my power? So what makes you think that the Lord can rescue Jerusalem from me?”
36 But the people were silent and did not utter a word because Hezekiah had commanded them, “Do not answer him.”
37 Then Eliakim son of Hilkiah, the palace administrator; Shebna the court secretary; and Joah son of Asaph, the royal historian, went back to Hezekiah. They tore their clothes in despair, and they went in to see the king and told him what the Assyrian chief of staff had said.
Love,
Jonathan